The following words and their definitions come up in today’s episode, as well as the context in which they’re used in the books they appear. There is also a brief description of each book.

The last part of the podcast includes some writing advice or insights into the craft of writing.

Cornucopia – A symbol of plenty consisting of a goat’s horn overflowing with flowers, fruit and corn. It could also be an ornamental container shaped like a goat’s horn; or, it could refer to “an abundant supply of good things of a specified kind.

Nadir – The lowest or most unsuccessful point in a situation, and then, relating to astronomy: the point on the celestial sphere directly below an observer, the opposite of Zenith.

Tenet – A principle or believe, especially one of the main principles of a religion or philosophy.

Synecdoche – A figure of speech in which a part is made to represent the whole or vice versa.

Surmise – To suppose that something is true without having evidence to confirm it.

Gasket – A shaped sheet or ring of rubber or other material sealing the junction between two surfaces in an engine or other device.

Actuator – To actuate is to make a machine or device to operate; or to make someone act in a particular way. 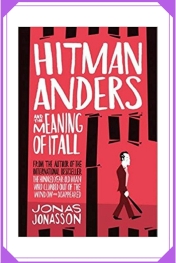 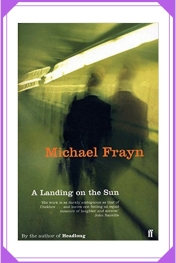 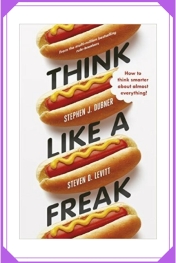 “Hitman Anders and the Meaning of it All” by Jonas Jonasson.
“A Landing On the Sun” by Michael Frayn.
“Think Like a Freak: How to think smarter” by Stephen J Dubner and Steven D Levitt.
“The Story Engine: An entrepreneur’s guide to content strategy and brand storytelling without spending all day writing” by Kyle Gray.

Please note that all links to products on this site are affiliate links.